The Book Club members read and discuss a variety of books
about Polish heritage and/or written by Polish authors.
Here is the list of books we have explored over the years. 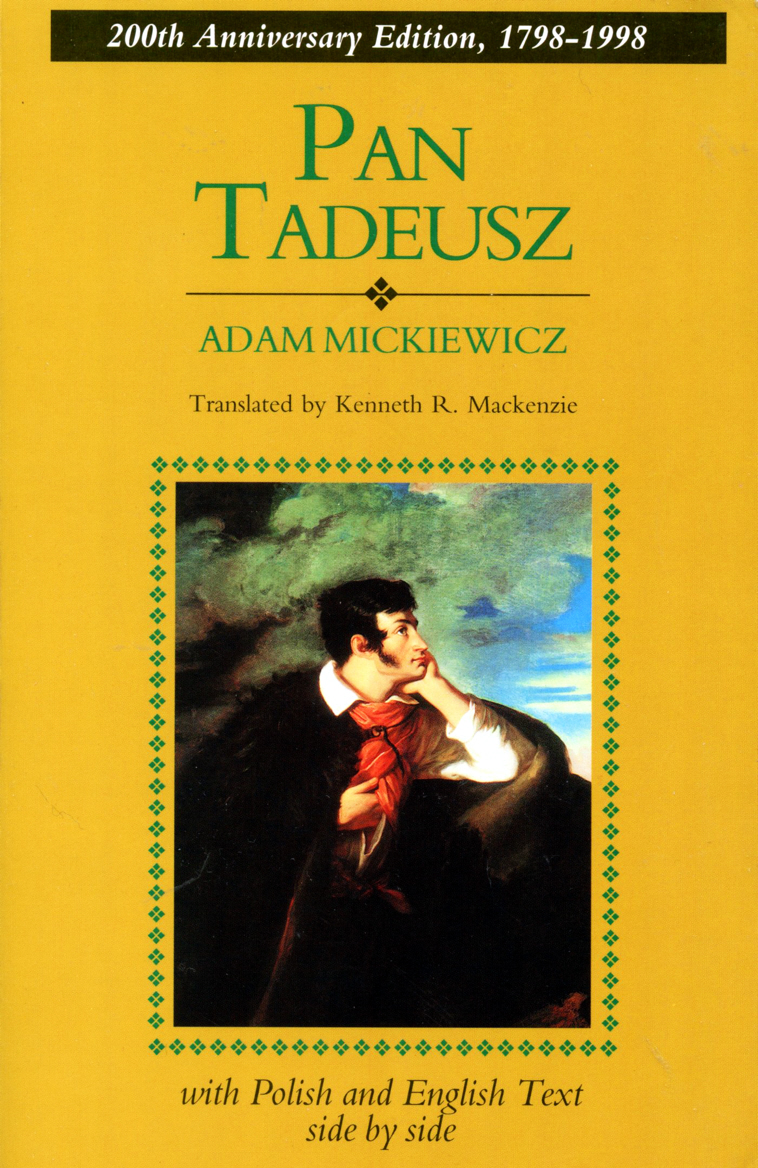 PAN TADEUSZ
The Last Foray in Lithuania
by Adam Mickiewicz

Roman Koropeckyj (University of California, Los Angeles): "Published in Paris four years after a failed uprising against Russia forced much of Poland’s cultural and political elite into exile, Adam Mickiewicz’s 1834 poem Pan Tadeusz [Master Thaddeus] is considered by Poles to be their national epic—and, arguably, “the only successful epic [the nineteenth century] produced” (Brandes, 284)....Pan Tadeusz is a foundational narrative about change and continuity, in which, as one of its early readers put it, “one can not only read [a nation’s] entire soul, but even recognize those everyday features […] that constitute passage from the generation of the dead to the generation of the living, bond it with the future, and bring forth from the grave the nucleus of a future life” (Stanisław Worcell to Mickiewicz, 7 November 1838, Listy, 392–93). And it is precisely Mickiewicz’s capacity to materialize those everyday features, to evoke in a poetic language of remarkable concreteness the colors, smells, and sounds of a provincial, backward world on the verge of extinction, with its bear hunts and tribunals, repasts and vegetable patches, gentry estates and Jewish taverns, petty quarrels and forays, that renders a seamless, “noumenal” tapestry, wherein nature constitutes the woof to society’s warp and where amid humor and pathos there is no room for winter. As yet another early reader of the poem proclaimed, in Pan Tadeusz “the Polish nation will never die” (Julian Ursyn Niemcewicz to Stefan Witwicki, 15 July 1837, Korespondencja, 70)."

A compulsory reading in Polish schools, the poem was added to Poland's list in the UNESCO Memory of the World Programme in 2014. It has been translated into 33 languages, with eight English translations done up to date: 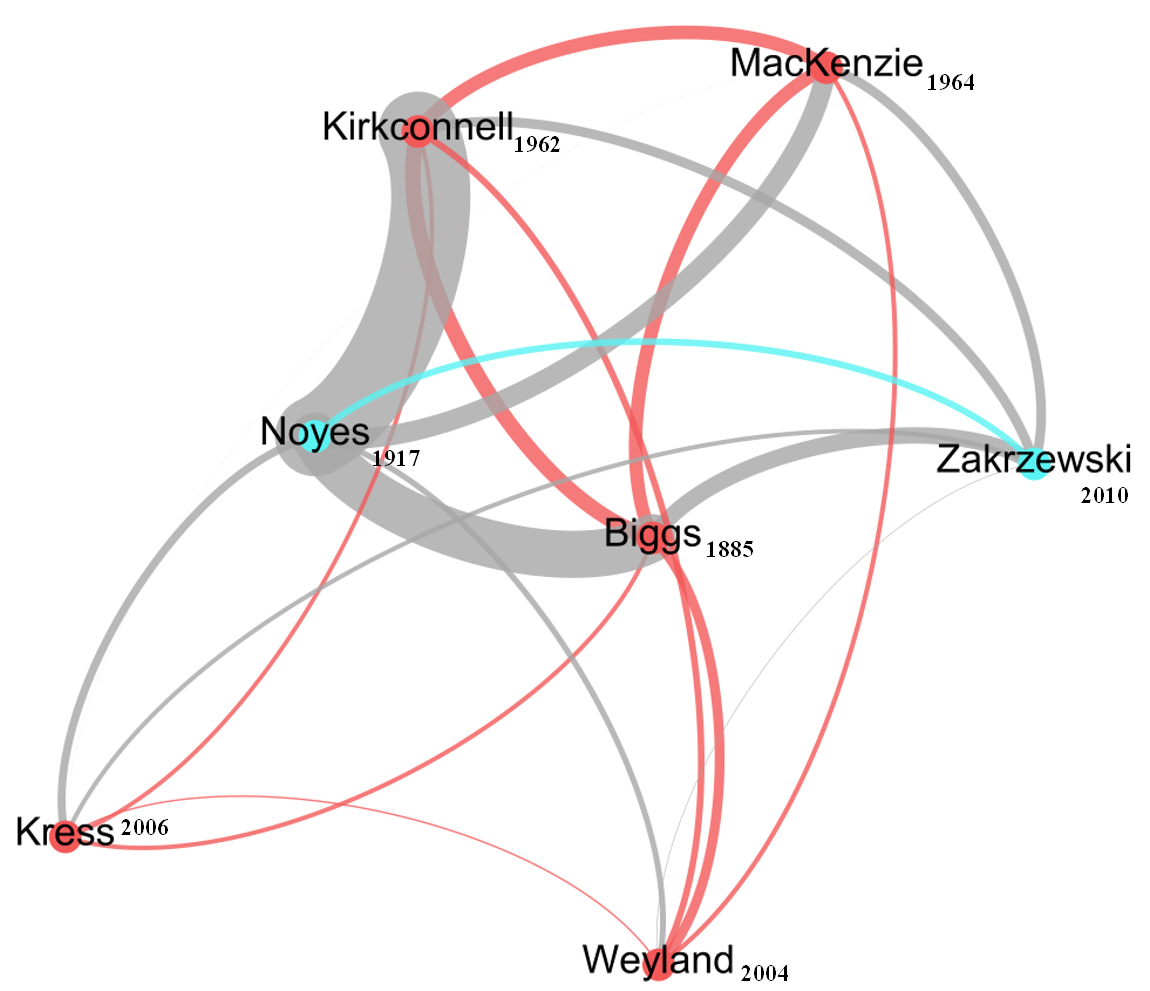 Two of them convert the original verse into prose (Noyes 1917 and Zakrzewski 2010), while the iambic pentameter used in the most popular translation (Mackenzie 1964) resembles well the Polish alexandrines of the original.  The most recent translation (Johnston 2018) won the 2019 National Translation Award in Poetry.

Karolina And The Torn Curtain:
A Zofia Turbotynska Mystery 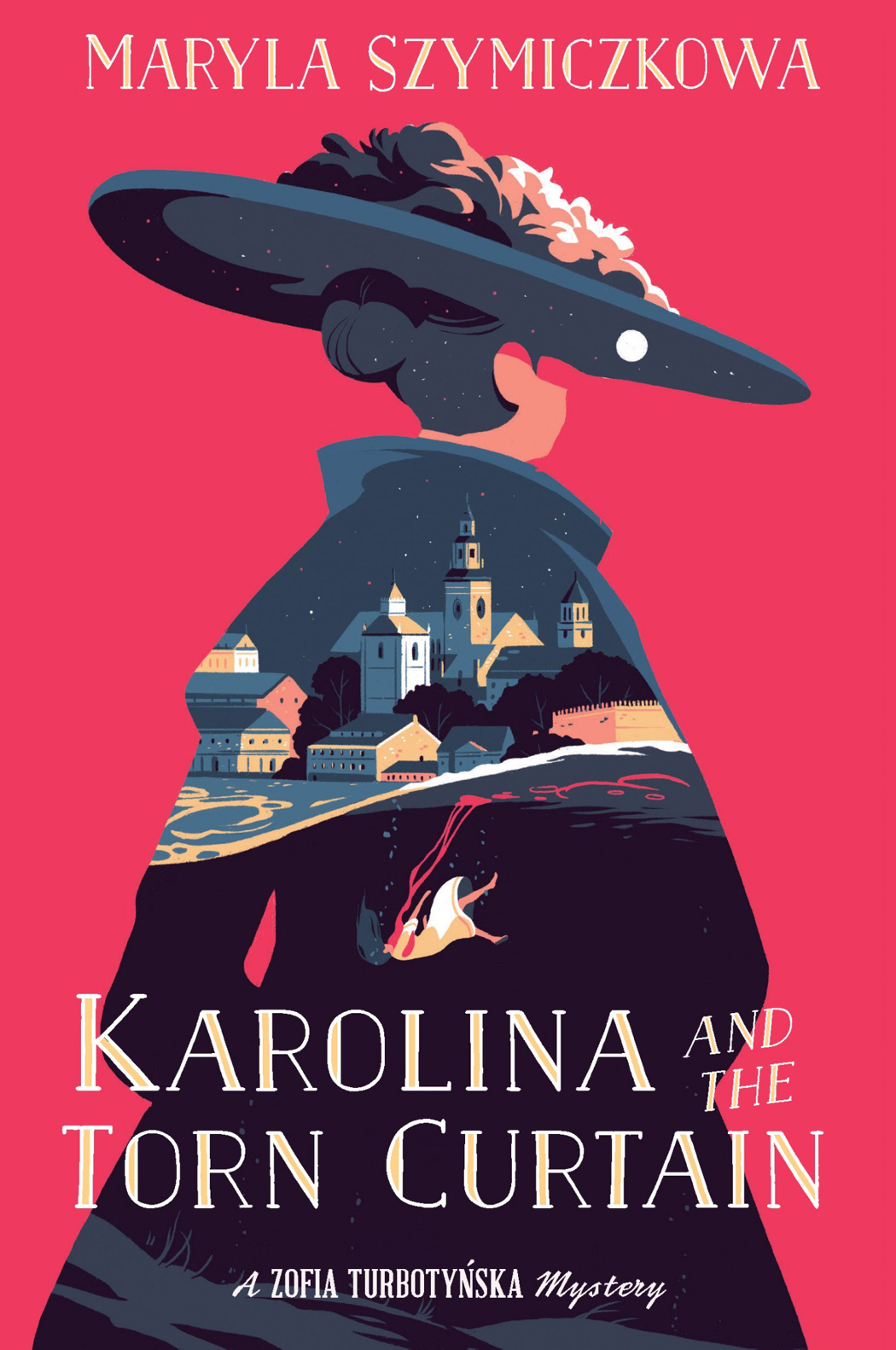 From the Amazon website: " “An ingenious marriage of comedy and crime” (Olga Tokarczuk, Nobel laureate): when amateur sleuth and cunning socialite Zofia Turbotyńska’s beloved maid goes missing, she dives deep into Cracow’s web of crime, with only her trusted cook for company."

From GoodReads: Set in Poland at about the time when some of my grandparents left and came to a Polish enclave in Wisconsin, the names and speech patterns are only too familiar. Many thanks to Antonia Lloyd-Jones for her translation of this fun mystery. I also thought it a marvelous thing to "see" Crakow as it once was instead of the disaster left by the last world war. Zofia is a rather snobbish wife of a professor who has a quick wit and an investigative bent. When one of her maids is found to have been murdered, her investigation (AKA snooping) brings her to the world of involuntary trafficking (which has yet to be eradicated in today's world)."

From the Kirkus Review: " Pseudonymous partners Jacek Dehnel and Piotr Tarczyński bring both the do-gooders and the criminals of fin-de-siècle Cracow to entertaining life, but their deepest interest is in the unlikely detective lurking beneath “the sedate Mrs. Jekyll”: “the hidden Mrs. Hyde, the fearless stalker of criminals.” .... A gravely decorous period piece that vividly evokes its moment while maintaining an archly amused distance from it."

From the Publisher's Weekly: "One night in 1895 Cracow, the body of 17-year-old housemaid Karolina Szulc is found on a river bank, in the pseudonymous Szymiczkowa’s entertaining sequel to 2020’s Mrs. Mohr Goes Missing. Karolina worked for Zofia Turbotynska, a respectable member of the bourgeoisie, who’s incensed by the police assuming the victim was a harlot, given the body’s location in a dubious district of the city. Keen to defend Karolina’s reputation, Zofia sets out to discover the truth. Her investigations put her in contact with every level of society, including prostitutes and socialists, and she even gets a glimpse of visiting Emperor Franz Joseph I of Austria."

From GoodReads: " Intriguing because of its sly take on the politics and society (high and low; the visible and the hidden aspects) just before the turn of the 20th century. Everything is slippery--values, mores, the justice system, and no character without some flaw (endearing or repellent)." 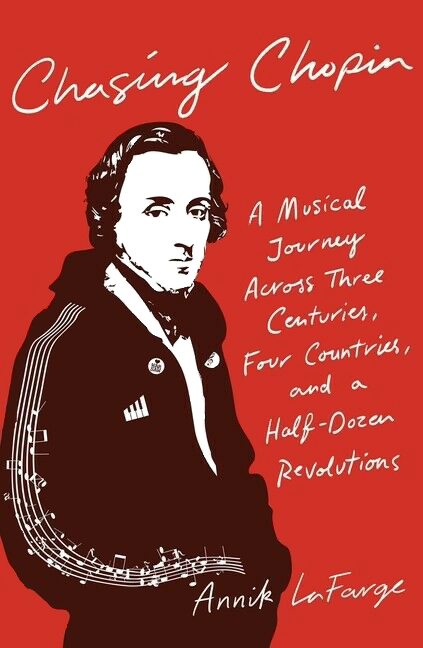 From the bookseller website: "The Frédéric Chopin Annik LaFarge presents here is not the melancholy, sickly, romantic figure so often portrayed. The artist she discovered is, instead, a purely independent spirit: an innovator who created a new musical language, an autodidact who became a spiritually generous, trailblazing teacher, a stalwart patriot during a time of revolution and exile.;

In Chasing Chopin she follows in his footsteps during the three years, 1837–1840, when he composed his iconic “Funeral March”—dum dum da dum—using its composition story to illuminate the key themes of his life: a deep attachment to his Polish homeland; his complex relationship with writer George Sand; their harrowing but consequential sojourn on Majorca; the rapidly developing technology of the piano, which enabled his unique tone and voice; social and political revolution in 1830s Paris; friendship with other artists, from the famous Eugène Delacroix to the lesser known, yet notorious in his time, Marquis de Custine. Each of these threads—musical, political, social, personal—is woven through the “Funeral March” in Chopin’s Opus 35 sonata, a melody so famous it’s known around the world even to people who know nothing about classical music. But it is not, as LaFarge discovered, the piece of music we think we know."

From the NYT review by Jeremy Denk (one of America's foremost pianists): "Looking back in time, LaFarge describes the composer’s loves and pianos (often the same); she explores his handwriting, his fingerings, his Polish identity. But she also turns to the present day, consulting aspiring pianists, authorities in historical performance and Zibi, the creator of the video game “Frederic: The Resurrection of Music.” For a book about death, it’s bursting with life and lively research. LaFarge writes passionately about Bach’s influence on Chopin, and the virtues of listening to period pianos to know what Chopin heard and imagined."

From the Kirkus Reviews: "A seamless blend of the musical and literary verve, with just enough research to ground and elucidate." 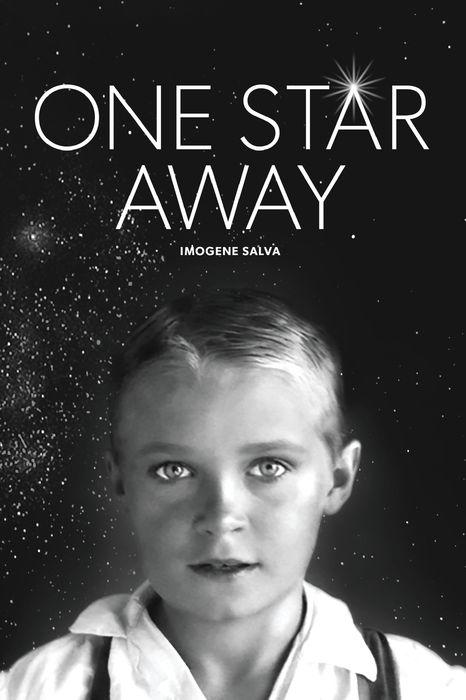 The author will attend the meeting

From the book's back cover: "In One Star Away, Imogene Salva re-constructs the emotional climate which surrounded the wartime ordeals of her mother, Józefa Nowicka, who was one of almost two million Polish citizens deported by Stalin's security police into the depths of Soviet Russia, Siberia and Central Asia. / by Norman Davies, author of "Europe: A History and Heart of Europe: The Past in Poland's Present"/

From the Amazon customer review: "World War II began with the German army invasion of Poland on 9/1/1939, followed by the Russian army invading eastern Poland on 9/17/1939. On February 10, 1940 at 3 a.m., Russian soldiers surrounded, entered and ransacked the home of a Polish family, forcibly removing Ziuta at age 8 along with her parents, her two brothers and three sisters, deporting them by train to a forced labor camp in northern Russia. The Soviets deported 1.7 million Poles to such labor camps in early 1940 and in June 1941. The family survives the 3-week journey in a crowded railcar intended for cattle (with a toilet that was just a hole in the floor). ...This true story continues in amazing accounts of struggle, survival and the aid of total strangers, including the Shah of Iran, an India Maharaja, a Polish Red Cross doctor, an actress/countess, an India truck driver and the Polish Government in Exile."

From the Amazon customer review: "This biography of a Polish child is an important and a true testimony to the history and fate of the entire generation of Poles in World War II. This novel is also a tribute to the memory of millions of people who experienced immeasurable suffering and degradation in Soviet Land, furthermore it is a warning against communism and its destructive power against the dignity of a human being. “Ziuta had been told by Mama that the Communists would try to make her think like them, and that they could be charming like the serpent in the Garden of Eden, but like venomous snakes they could kill both soul and body”(Salva 48). I would recommend this book for younger generations to create awareness and to note that one should not take one's freedom and peace for granted."

From the GoodReads reviews: " It is a story that inspires and frightens. It was frightening to see how inhumanity can stem from herd mentality which blinds human beings to cruelty and evil toward other humans. In contrast, it is hopeful and inspiring to see how this family survived and retained their humanity with their love and faith and the kindness and courage of people, who were willing to take risks out of the goodness of their souls. It is a story of resiliency and humanity winning out over unthinkable odds."