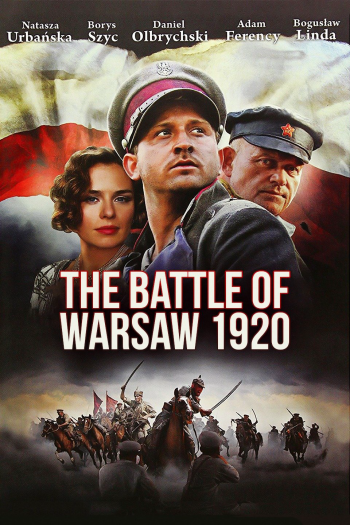 This historical drama recounts Poland's decisive victory over the Soviet invaders in one of the most critical battles in the world's history. The resounding defeat of Soviet army derailed the Soviet plan to spread communism all over Europe and preserved the sovereignty of the newly reborn Polish state (1918). The cruelty and terrifying strength of the invaders is expressively depicted on the backdrop of trials and tribulations faced by a newly married couple separated by the war. Historical figures playing important roles in the conflict also appear - including Józef Piłsudski leading the Poles to victory achieved against all odds.

Produced in 2011, the film is one of the first stereo 3D productions in Europe and one of the most expensive movies ever made in Poland.  Its director, Jerzy Hoffman, is particularly known for the film adaptations of TheTrilogy written by Henryk Sienkiewicz (winner of the Nobel Prize in literature in 1905). For The Deluge, Hoffman was nominated for the foreign-language Oscar in 1974. The stunning photography of The Battle of Warsaw 1920 is the creation of the award-winning cinematographer, Sławomir Idziak, known for directing photography in movies such as Proof of Life, Black Hawk Down and the fifth adaptation of J.K. Rowling's popular fantasy series, Harry Potter and the Order of the Phoenix.