On December 13, 1981, the comunist regime declared martial law in Poland in an attempt to crush the Solidarity movement and regain totalitarian control over the society longing for freedom, civil liberties, and improved living conditions.

On the 40th anniversary of those dramatic and often bloody events, the Polish American Congress - Wisconsin Division brings to the Polish Center several witnesses to the history in the making. All living in Poland at the time, they will be there to share stories of first-hand experiences and the enormous impact of Martial Law on the Polish people. 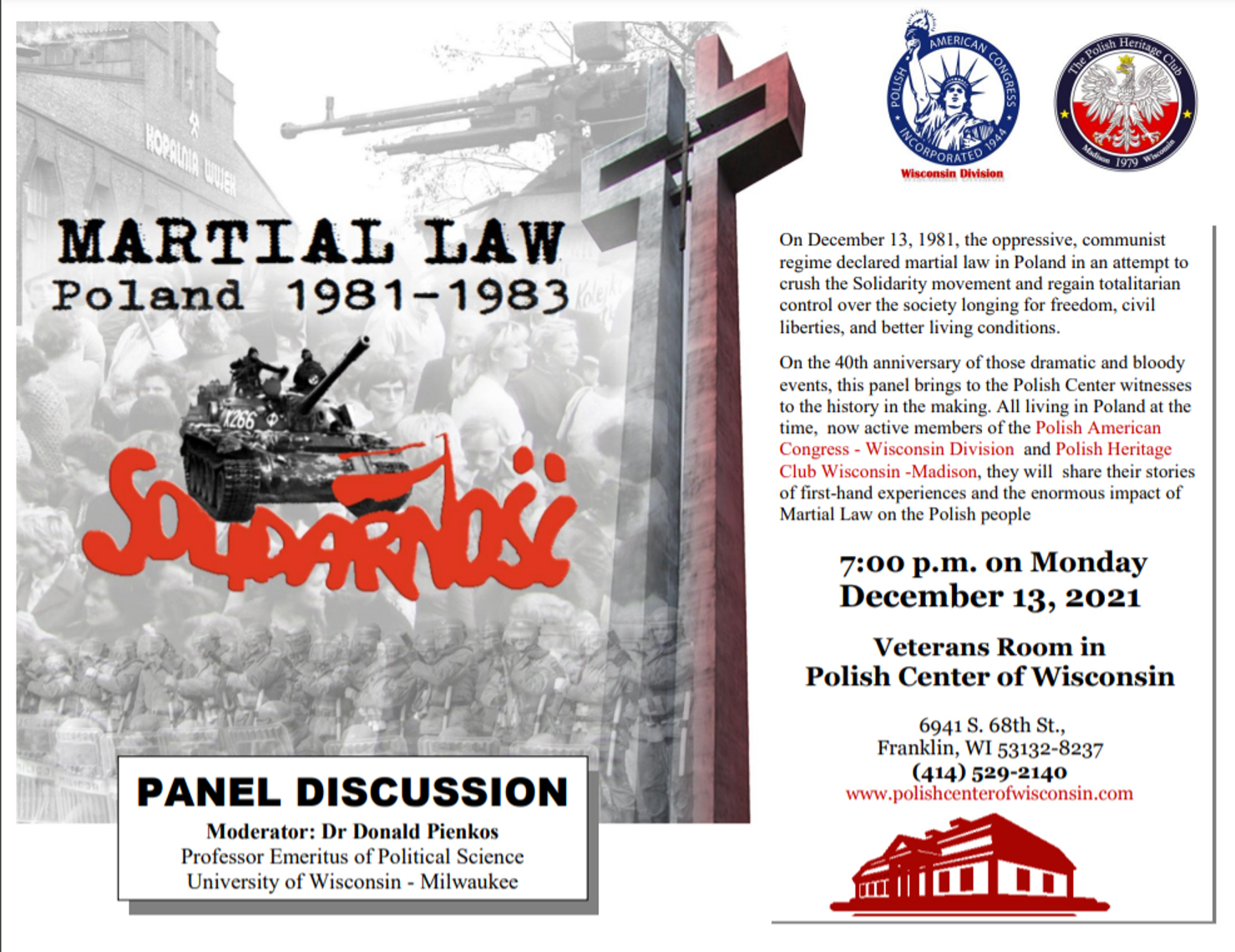