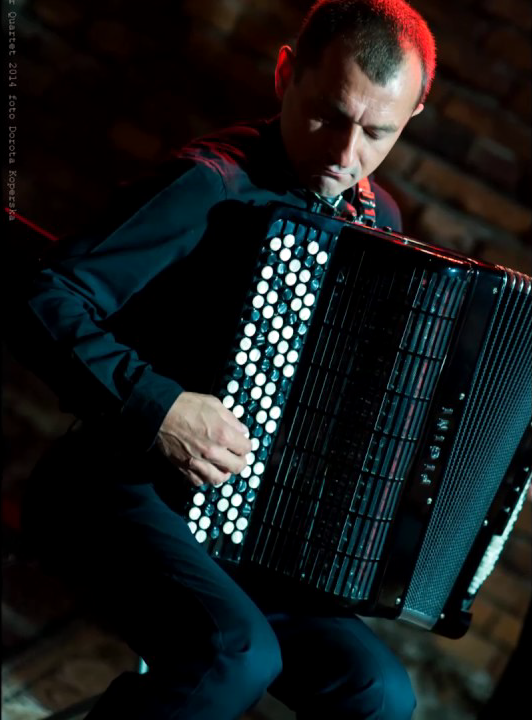 From press release:  This concert is a one of the two live shows in Madison being part of the 3rd Edition of the Chicago's "Chopin IN the City" Festival. The festival is organized by Sound and Notes Foundation and aims at presenting Poland's most interesting contemporary musicians as well as Polish music performed by foreign musicians.

He is a leader of The Cracow Klezmer Band, later named Bester Quartet – the only Polish music ensemble that has been regularly recording for John Zorn’s prestigious Tzadik label in New York City since the early 2000's.

In his performing style, he combines his experience in classical, klezmer, jazz and folk music to develop his own interpretation style and to create a powerful mix of technique, sensibility and creativity rarely achieved on the accordion. Because of this unique style, developed over the course of more than 30 years of performing, he is considered today one of the most original accordion interpreters worldwide.

He previously performed live in Madison live in Madison as a part of duo with jazz and classical Chicago -based singer Grażyna Auguścik in April of 2016. He maintains a busy international touring schedule as a solo artist, with Bester Quartet as well as with other musicians. He has performed in USA, UK, Canada, Taiwan, Russia, Ukraine, France, Germany, Holland, Italy, Finland, Belgium, Spain and Austria.